Code Hunting Games is a game based on the classic “treasure hunt” scheme, in which teams of players compete against each other reaching locations and solving coding puzzles as fast as they can.

Please make sure you satisfy the requirements of the game before starting.

All players of a game session split up into teams (ideally composed of 2–10 people), which compete against each other.

Each team picks a “team leader”, who represents the entire team during the game. The team leader will interact with the game’s bot through his or her Telegram account. The other players in the same team will help the team leader to reach the locations, look for QR Codes, and solve coding puzzles.

In order to participate in a game, the team leader must first scan the registration QR Code on behalf of his or her team. The QR Code will be distributed ahead of the game by the game organizers. 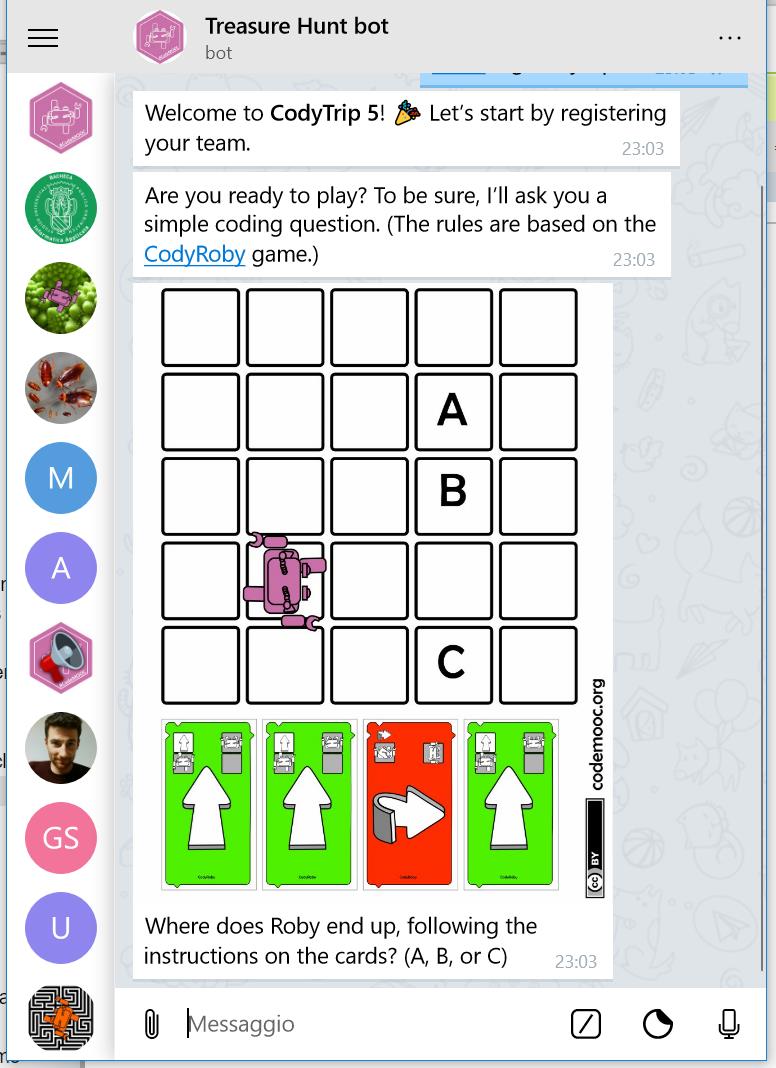 Team registration conversation with the bot.

With the ensuing conversation with the bot, the following questions will be asked:

All teams gather at the game’s starting location, at a given time, provided by the game organizers ahead of the game. Organizers will show players the start QR Code (that is, the code identifying the starting location). As soon as team leaders scan the code, the game will start.

The game si structured as follows:

The sample video below shows how a Code Hunting Games session works in practice.