Code Hunting Games is a game based on the classic “treasure hunt” scheme, in which teams of players compete against each other reaching locations and solving coding puzzles as fast as they can. 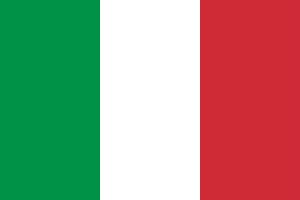 How does it work?

Code Hunting Games offers an easy and accessible game experience, both for players and game administrators. The game is played entirely through a text conversation between the players and the @treasurehuntbot Telegram bot.

Code Hunting Games play sessions can be organized freely by anybody. Any number of players can participate to a game session: players will split into competing teams, each of which will need to satisfy the game requirements and thus will need a mobile device and a Telegram account. (And each team will also need some basic coding knowledge in order to solve the puzzles!)

The game is based around the following simple activities: scanning square barcodes (known as “QR Codes”) that represent locations to reach, solving coding-based puzzles, and snapping some selfies. The gameplay is described in further detail in the game’s player guide.

Check out the short video below for an overview of the game from the player’s point of view:

Demo of a game run through the city of Urbino.

Read our player’s guide or find out how to organize a game session of your own.